To share your memory on the wall of Jesse Brown, sign in using one of the following options:

Mr. Brown was born August 28, 1943 in Monroe, LA and passed from this life on May 12, 2021 in West Monroe, LA at the age of 77. He served in the United States Army during the Vietnam war, and during his life, was a “jack of all trades” but mainly worked doing paint and body auto repairs. He enjoyed purchasing vehicles of all kinds. Jesse was a loving husband, father, brother, and grandfather and will be greatly missed.

He is preceded in death by his parents, Clarence and Ella Brown; his grandson, Hunter Adams; and his brother, Gregory Brown.

The family would like to extend their heartfelt gratitude to Jesse’s special nurse, Angela Jones for her loving care during his time of illness.
Read Less

Receive notifications about information and event scheduling for Jesse

We encourage you to share your most beloved memories of Jesse here, so that the family and other loved ones can always see it. You can upload cherished photographs, or share your favorite stories, and can even comment on those shared by others. 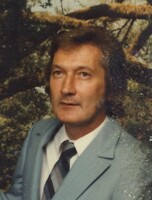