To share your memory on the wall of Virginia Coleman, sign in using one of the following options:

Virginia was born August 22, 1951 and passed from this life January 6, 2021 at the age of 69. She was saved and baptized at White Avenue Baptist Church in Bastrop, and later in life, became a member of Christ Church West Monroe and loved being a part of her Wisdom Club.

She graduated from Bastrop High School in 1970. She attended NLU, and later received her certificate from Cloyd's Beauty School. She spent most of her adult life in Little Rock, Arkansas where she worked at the Arkansas Democrat. While in AR she developed an un" healthy love” of the Arkansas Razorbacks. This became a lifelong battle with her Louisiana family.

She was known to family and friends as Aunt Ginger. Aunt Ginger had several loves: love for the Hogs, love for cats and dogs, and a love for diet coke. But there is no joke about how much she loved her family. She especially loved her great nieces and nephews which carried over to her great-greats.

As her health declined, she chose to move to Ouachita Rehab and Nursing Facility where she gained many friends with whom she enjoyed playing dominoes and Rook. Aunt Ginger had many dear friends that the family would also like to thank for all of their love and support over the years: Dianne Boughton, Debbie Lockwood, Janice Coleman, and Ms. Lula Tolar.

Receive notifications about information and event scheduling for Virginia

We encourage you to share your most beloved memories of Virginia here, so that the family and other loved ones can always see it. You can upload cherished photographs, or share your favorite stories, and can even comment on those shared by others. 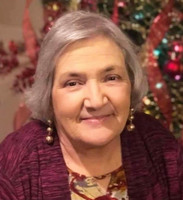