To share your memory on the wall of Terry Risher, sign in using one of the following options:

Terry is preceded in death by his father, Bill Risher, mother, June Risher, and his beloved fur babt "Hooch"

There are no events scheduled. You can still show your support by sending flowers directly to the family, or planting a memorial tree in memory of Terry Gene Risher.
Plant a Tree

Posted Apr 11, 2021 at 04:28pm
Terry was a wonderful friend and a great hunting buddy. I can still hear his infectious laughter. I have so many great memories. I worked with Terry fished and hunted with him many times. He was my neighbor and cherished friend. I'll never forget you. Rest easy my friend.
Comment Share
Share via: 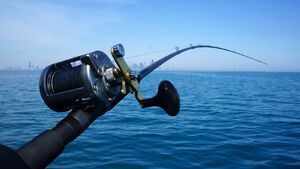