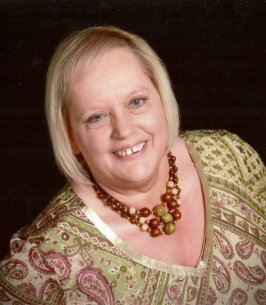 Left to mourn her passing are numerous uncles, aunts, cousins, nieces, nephews, friends, and a host of healthcare providers she had associated with for over 40 years during her nursing career.
Hailing from a country-type of family, Lyvonne had a passion for fishing when she was younger and was an accomplished fisherwoman. She always enjoyed spending time casting a line with her (late) cousin, Tim Watson. She was raised partly as a “tom-boy”, having helped her father grow and harvest various crops, hunt wild game, and split firewood, et al. She enjoyed camping and traveling when she could.

Lyvonne, who was a woman of strong faith who loved her Lord and her God with an unmatched passion, also enjoyed spending her spare time creating arts and crafts and had a flair for interior decorating. When not working on arts and crafts she could often be found in the kitchen cooking for her family and friends, which was a favorite pastime of hers.
Lyvonne was inspired to attend nursing school following her high school graduation by both her mother, who had worked as a surgical technologist, and her (late) aunt, Wyvonne Watson, a licensed practical nurse. A 40-year career in nursing began with pediatric nursing, expanding into adult nursing, and finishing with geriatric care, where she was a supervisor over an assisted-living, Alzheimer’s/dementia unit.

As a nurse, Lyvonne excelled at providing heartfelt care to all her patients. She was the type of nurse patients would clamor for, particularly children.
Lyvonne will be greatly missed by her family for her smile, her wit, and her love for all which knew no boundaries.

A celebration of Lyvonne’s life will be held January 30, 2023, at the Jackson StreetChurch of Christ, 1103 Jackson Street Monroe, LA beginning at 2 p.m.
In lieu of flowers the family is requesting donations be made in Lyvonne's name to the American Diabetes Association or to her GoFundMe account online at https://gofund.me/6ac0d86d.