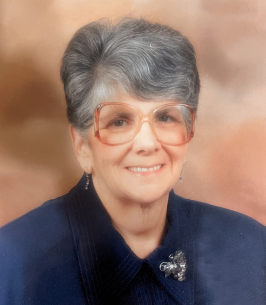 Roberta (Bobbie) Knight, 82, of Calhoun, Louisiana passed away on October 8th after a brief illness.
A celebration of her life is to be held at 10am Thursday, October 13th at Liberty Baptist Church in Calhoun, Louisiana with Pastor Johnny Shoemaker Sr officiating with fellowship to follow.

Roberta was born in Baltimore, Maryland to Wesley and Marie Carter on February 18th, 1940. She attended Mergenthaler Technical High School in Baltimore, Maryland. She was married to James F Cowen and had three children, son Jay and daughters Robin and Cindy. She later married Leroy Knight and gained two stepsons Rick and Keith Knight. She worked 20 years for HCA Healthcare in Environmental Services. She was a proud member of Liberty Baptist Church. She loved to cook for her loved ones and sew crafts. She enjoyed spending time with her family and attending church. She was loved by everyone who knew her and will be greatly missed.

Floral Arrangements can be sent to Liberty Baptist Church, in Calhoun, LA or a donation can be made in her name to either the American Heart Association or the American Cancer Society.

The family wishes to extend our sincere thanks to the nurses and doctors of the MICU at St. Francis Medical Center.