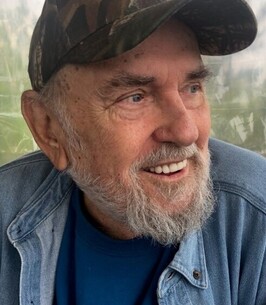 David was born April 8, 1946 in Winnsboro, LA and passed from this life on October 9, 2022 at his home in West Monroe, LA at the age of 76. He was a graduate of Winnsboro High School, and after high school he attended Northeast Louisiana State College. David retired from the U.S. Postal Service after many years of service as a rural mail carrier. He was an entrepreneur and owned and operated The Honey Bee Beauty Supply store for more than ten years. He was also the founder, along with his wife Diane, of D&D Aviary. He bred and raised show Parakeets for forty years earning acclaim for the quality of his birds. David was a skilled carpenter and a craftsman who took great pride in his work. As a young man he loved fast cars. David was known to be a stubborn man, but he had a gentle heart. He loved children, the elderly, dogs, and birds. David found pleasure in listening to old-style gospel music, in watching LSU football, and swapping stories of days long past. Throughout his entire life he was allergic to eggs. David will be dearly missed by all who knew him.

He is preceded in death by his parents, Norman and Marjorie Elrod; and one infant son, Matthew.