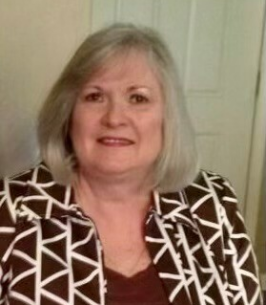 Kathy was an active member of the Bearden Assembly of God Church throughout her childhood. After graduating high school, she attended Henderson State University until she married her high school sweetheart and moved to Memphis, Tennessee.

Apart from being a stay-at-home wife and mother, Kathy worked in various administrative roles. Later she moved to Bismarck, Arkansas and started a farm for thoroughbreds. Kathy loved watching her “babies” race at Oaklawn and other tracks. While in Bismarck, First Baptist Church was her family; she enjoyed participating in the Women’s Bible Studies and teaching Vacation Bible School.

When her health deteriorated, she left the farm and moved to Hot Springs, Arkansas. She attended First Baptist Church in Hot Springs until she was physically unable. In Hot Springs, she began working at a call center and made many friendships in this customer service role.

Recently she has been living with her daughter in West Monroe, LA. There she enjoyed the company of her grand dog, caregivers and foster children who found safety in her love and encouragement.

Kathy was preceded in death by her parents, two brothers, Johnnie Mosley, Jr. and Jimmy Mosley, four sisters, Helen Lowery, Billie Tuberville, Dorothy Newton, and Ann Hopkins. She is survived by her children, Ericka Kathryn Stuckey of West Monroe, LA and James Warren Stuckey, II (Jas) of Bearden, Arkansas and one brother, Jerry Mosley of Sheridan, Arkansas. She also has many nieces, nephews, cousins and bonus grandchildren who will cherish her memory.