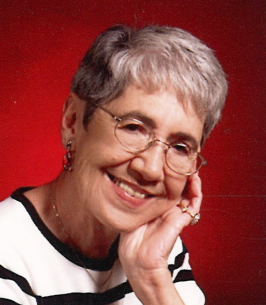 Judy was born November 19, 1937, and passed from this life June 7, 2022, at the age of 84.
Judy is a graduate of St. Matthew High School and began her career at Olincraft, Inc. where she became Executive Secretary to the division president.

She married Harry Leith Stone in 1971 and together they enjoyed many years of family cookouts and boating. Though she never had children of her own, she considered her 10 nieces and nephews her "children".
Judy is preceded in death by her husband, Harry Leith Stone, sisters, Inez Austin, Doris Harkins, and Nita Hendrix and nephew, Jerry Harkins. She is survived by her sister Ethel Pinton and nine nieces and nephews.