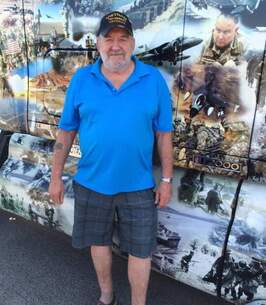 Memorial services for Mr. Jack Eugene Cook, SR. will be held at 6:00PM, Monday, July 25, 2022, at Griffin Funeral Home in West Monroe, LA. Family will accept friends for visitation from 5:00PM, until the time of the service at the funeral home.

Jack Cook was born on March 11, 1947 and passed from this life on July 21, 2022, at the age of 75. He was a man loved by everyone. He loved going to pool tournaments no matter where it was. His favorite song is I've got to much on my heart by Jimmy Fortune. He liked fishing & traveling and Fox News. He was a true patriot that loved his Country. His greatest love was West Monroe Rebels. He talked about his family both of the home an AT&T. Jack was a man who never met a stranger.