To share your memory on the wall of Grady Whitman, sign in using one of the following options:

Print
A celebration of life for Mr. Grady Earl Whitman, Jr. of West Monroe, LA was held from 1:00PM until 3:00PM Tuesday, March 23, 2021 in the chapel of Griffin Funeral Home West Monroe.

Mr. Whitman was born September 20, 1966 in Ruston, LA and passed from this life on March 19, 2021 in West Monroe, LA at the age of 54. He was graduate of ULM with a nursing degree and became a registered nurse, and was a member of the ULM Alumni. He was a member of the tailgate community in which he took part in establishing, he established a picc line team at Northern Medical Center, and he also was part of the picc line team at Glenwood Regional Medical Center. Grady was a huge LSU fan and he enjoyed spending time with his family, especially his grandchildren. He loved his grandbabies dearly and was a huge part of their lives. He was greatly loved and will be missed.

He is preceded in death by his father, Grady Earl Whitman, Sr.

Receive notifications about information and event scheduling for Grady

There are no events scheduled. You can still show your support by sending flowers directly to the family, or planting a memorial tree in memory of Grady Earl Whitman Jr..
Plant a Tree

We encourage you to share your most beloved memories of Grady here, so that the family and other loved ones can always see it. You can upload cherished photographs, or share your favorite stories, and can even comment on those shared by others.

Posted Mar 24, 2021 at 06:57pm
Sorry to hear about Grady passing ! I meet him at ouach dialysis! Always enjoyed talking to him , last time I seen him he was working as a RN T Glenwood ICU ! So sorry for your loss to all of family 🙏
Comment Share
Share via: 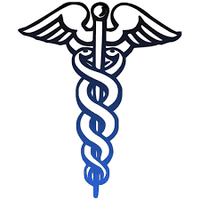