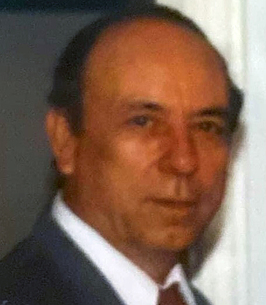 Funeral services for Mr. Darrell Dean Waldrop will be held at 11:00AM, Wednesday, July 27, 2022, at Griffin Funeral Home in West Monroe, LA, with Pastor Barry Blanton officiating. Interment will follow at Northeast Louisiana Veteran’s Cemetery in Rayville, LA. Family will accept friends for visitation from 9:00AM, until the time of the service at the funeral home.

Funeral services for Mr. Darrell Dean Waldrop will be held at 11:00AM, Wednesday, July 27, 2022, at Griffin Funeral Home in West Monroe, LA, with Pastor Barry Blanton officiating. Interment will follow at Northeast Louisiana Veteran’s Cemetery in Rayville, LA. Family will accept friends for visitation from 9:00AM, until the time of the service at the funeral home.
Darrell was born on March 4, 1934, in Bay, La. to Dewey Waldrop and Lizzie Goldman Waldrop. Darrell was the 6th child in this marriage. Sadly, his mother died when he was two. Dewey re-married Minnie Parker Waldrop, and over the years Darrell gained seven more siblings. Dewey was a farmer and times were hard. Darrell and his family worked hard on the farm. Plowing the fields behind a mule and picking cotton and other crops by hand. They even had a sugar cane mill where they made cane syrup. By the age of eighteen, Darrell had grown weary from working the fields. He joined the Army and soon found himself in the frozen mountains of Korea during the Korean War. Darrell recalled writing a letter while in a frozen foxhole to his Dad saying that he’d give anything to be back on the farm.
In 1957, Darrell met Linda Faye McCloud. Together they had five children over the years. Jobs were hard to come by, but Darrell eventually founded his own business, Industrial Cleaning and Maintenance. The business was a success. His biggest client was Ford, Bacon and Davis on Jackson St. in Monroe. He had a large crew there and provided janitorial services. Darrell would take his young children sometimes and taught them the meaning of hard work by having them mop floors and other janitorial duties. He eventually branched out into provided lawn mowing and landscaping. Some other clients were UPS, and the post office.
He was a great provider, and his family never went without anything. Darrell and Linda were married 35 yrs. He later remarried and gained three more children. Darrell eventually retired in his seventies. During his life he enjoyed playing baseball, bowling, shooting pool, hunting and especially fishing. He was very competitive and excelled in every sport and made a point to never let anyone outdo him.
Darrell was a tough man, but he was also kind and generous. He especially loved his children, grandchildren, and great-grandchildren. His legacy will live on in their memories forever.
He is preceded in death by his father, Dewey Waldrop; mother, Lizzie Goldman Waldrop; Minnie Parker Waldrop; brothers, JT Waldrop, Jimmy Ray Waldrop, Clyde Waldrop, and Donny Waldrop; sisters, Ruth Pauley and Edith Pauley; daughter, Melanie Dawn Cox; first wife, Linda McCloud Waldop.
Those left to cherish his memory include his children, Darolyn Smith, Laura Cooper and husband, Bart, Jody Waldrop and wife Cynthia, Lance Waldrop and wife Diane, Dakota Parker and wife Jayme, Whitney Nicole Allen and husband Cody, Brandon Main and wife April; siblings, Beryl Hall, Joanne Rogers, Coy Waldrop, Glenda Harris, Sandra Fuller, and Hilda Dickey.
He is also survived by fifteen grandchildren, Ray Cooper, Rachael Coope, Jaimie Rowlan, Kristen Golden, Brittany Cox, Colton Cobb, Jeremy Waldrop, Sarah Faqua, Meghan Smith, William Austin, Kimberly Clair Parker, Cayden Perkins, Carmen Perkins, Logan Main, and Barlyn Main; seventeen great-grandchildren, and an extended host of family and friends.