To share your memory on the wall of Carl LeJeune, sign in using one of the following options:

Carl was an avid tinkerer who could always see potential in broken things. He always had some sort of project going, but that never stopped him from dropping what he was doing to help out a family member or a friend. If someone mentioned needing something, Carl would be on the doorstep with it in the next day or two, if not the same day. Carl loved his family and friends with his whole heart. His surprise and often inconvenient visits, or “Carl Bombs”, weren’t always expected by those close to him, but they always ended up being treasured moments you didn’t even know you needed. His daughter jokes and says he was a lot like Jesus in the fact that you know he’s coming, but you just don’t know when. When he did drop in, he rarely showed up empty-handed. From bargain stilettos or tennis shoes to toilets or fixtures to repair a broken home, Carl’s gifts knew no bounds or order. Regardless, they always left you with a smile or a story.
Carl loved his family, and he loved a good time. He enjoyed get-togethers with family and friends, and he fed and sheltered many of his children’s friends over the years. Every time he cooked it was enough to feed an army, and he was always happy to share. If there was a good beat, Carl was known to break out in a little boogie - quite an entertaining treat. Oh, and we mustn’t forget his favorite pastime of getting the 2-wheel-drive tractor stuck because he drove it like it was 4-wheel-drive. Carl always loved driving the ski boat on the Ouachita River and barefooting and water skiing in his younger years. His family and friends just know there’s a lot of water skiing and barefooting going on in Heaven this week. He definitely made a bigger impact on many hearts still here on this ol’ earth than he will ever know.

Carl leaves behind his daughter, Paula LeJeune McKeithen and son, Landon LeJeune, both of West Monroe. He also leaves behind longtime family friend Allie Dayton Smith, her children who were like grandchildren to him, A1C Eli Smith, USAF and Leah Grace Smith. He leaves behind countless other family members, cousins, and friends.

Receive notifications about information and event scheduling for Carl

There are no events scheduled. You can still show your support by sending flowers directly to the family, or planting a memorial tree in memory of Carl Achille LeJeune.
Plant a Tree

We encourage you to share your most beloved memories of Carl here, so that the family and other loved ones can always see it. You can upload cherished photographs, or share your favorite stories, and can even comment on those shared by others.

My favorite memory of your dad was the New Years Eve when he fixed us up a fine bonfire in a broken grocery cart. It worked like a charm even though the wheels melted. With snow on the ground and a fire in our buggy, we had a blast. I can’t think of New Year’s Eve and not remember him. Sending extra prayers and hugs to you both. Love you!!

This is one of the fun times I think of when I think of your family and ours! It was a one of a kind New Years' Eve!!
CL

Posted Feb 09, 2021 at 05:49pm
God brought Carl into my life at one of my lowest points. His caring heart brought me out of a bad depression and he became a big part of my family's heart. Always checking on us, bring soup or red beans and rice when sick, tinkering on things that needed fixing. My sons and granddaughters thought of him as family. Still hard to comprehend that he won't be calling or texting, "What's up, buttercup?". I'll miss him but am comforted knowing he's resting in the arms of Jesus.
Comment Share
Share via:
DG

Posted Feb 09, 2021 at 05:49pm
Carl was a friend to all. I first remember him from elementary school at St Paschals. He was a grade ahead of me. There are too many good memories to name. God bless Paula and Landon. I’m so sorry your lost your dad.
Comment Share
Share via: 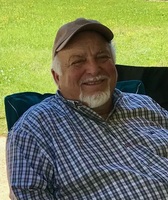 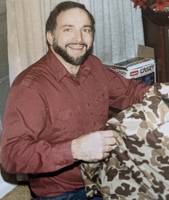 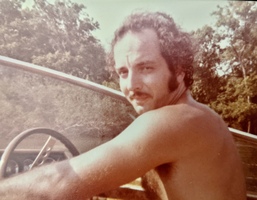 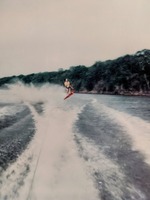