To share your memory on the wall of Bobby Tinsley, sign in using one of the following options:

Bobby served in the 528th Company B “Bulldogs” OMS 3 under CW4 Charles Dean and John Shaw, he also served 42 years in the National Guard.

He is preceded in death by his parents, James and Annie Tinsley; wife, Gayle Tinsley, and son-law, Chip Dorris.

In lieu of flowers, the family request that donations be made to: Wounded Warriors and Gold Star Families.

Receive notifications about information and event scheduling for Bobby

We encourage you to share your most beloved memories of Bobby here, so that the family and other loved ones can always see it. You can upload cherished photographs, or share your favorite stories, and can even comment on those shared by others.

Posted Oct 13, 2020 at 09:44pm
I have such sweet memories of your parents and all of you from Stone Avenue. You are in my prayers. Love, Robin Bramble Simmons
Comment Share
Share via:
AC

Posted Oct 12, 2020 at 08:36pm
Bobby was one of the nicest people I have ever known. I worked with Gayle and met Bobby through her. He would come by work and the three of us would be laughing before he left. I always enjoyed seeing him. He and Gayle were fine people. May God comfort their family.
Comment Share
Share via:
J

Posted Oct 12, 2020 at 07:34pm
My heart goes out to the Tinsley family. Mr Tinsley was so supportive of me when I became the West Monroe HS baseball coach. He was a true fan and a proud father of Bobby. The Tinsley family were the best fans and such a loving family. I am sure Mr Tinsley will be missed greatly. Rest in peace Mr Tinsley.

Posted Oct 11, 2020 at 01:20pm
I have known Mr Bobby for years. He and his lovely wife were amazing people with outstanding children. A great Christian man. I will miss him.
Comment Share
Share via:
VW

Posted Oct 10, 2020 at 05:28pm
Went to church with Bobby. One of the nicest people I have ever met. He will be sorely missed. Am praying for all of you at this sad time.
Vicky Wright
Comment Share
Share via: 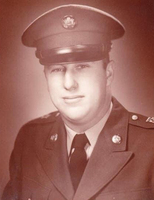 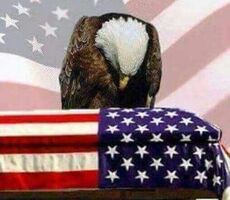