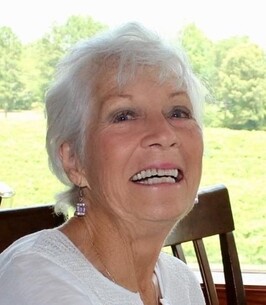 A Celebration of Life Service will be held for Bobbie June Moore Freeman at 1:00pm on Thursday, August 4, 2022 at Griffin Funeral Home in West Monroe, LA with Fr. John Crispin officiating. Interment will follow at Mulhearn Memorial Park Cemetery in Monroe, LA. The family requests that visitation be observed on Thursday, August 4, 2022 from 11:00am until the time of service. Bobbie passed peacefully on Monday, August 1, 2022 at the age of 83.

Bobbie June, as she was affectionately known, was born on July 1, 1939 and was a native of West Monroe, LA. She graduated from West Monroe High School in 1957 with numerous accolades, including national recognition as “Fashion Winner of the Palace” and being selected to serve on McCall’s Magazine Fashion Board.

She was a member of the Delta Beta Sigma and Delta Kappa Pi Honor Societies and while serving as President of the Junior Garden Club, she won first place in the Welcome Garden Sprouts and Corsages categories. During her youth and throughout the end of high school, she was an avid student of the Linda Lavender School of Dance.

Shortly after graduation, Bobbie was crowned “Miss Monroe-West Monroe” showcasing her talents with a solo tap and toe ballet routine and carrying on her Mother’s legacy, who held this title during 1930. She went on to compete in the Miss Louisiana pageant and received recognition as “Miss United Fund” for her serious donation efforts at the annual United Givers Drive. She moved to Monroe, LA where she attended Northeast Louisiana State College and was crowned “Miss Northeast” in 1959 during her sophomore year.

After college, Bobbie married her college sweetheart and shortly thereafter began fulfilling her dream of motherhood. As a young adult, her family grew while she also took great pride in working alongside her husband as co-owners of Medical Arts Pharmacy. Her focus was marketing beauty products in the cosmetic department by utilizing the knowledge and skills acquired and retained during her time spent in the beauty pageant industry. Years later, the family moved back to Bobbie’s hometown in West Monroe where she owned and operated Bobbie’s Western Wear and became a member of the Riverside Riders Club, enjoying countless weekends competing with her children in horse shows all over the state. In 1976, the family relocated to Sunset, LA where she owned and operated a horse farm, Robin’s Nest Stables, where she trained and raced both quarter horses and thoroughbreds successfully across many of Louisiana’s racetracks.

As her children became adults, Bobbie moved back to her hometown of West Monroe, where she would spend the remainder of her adult life, enjoying her true passion for nature, hunting, fishing, gardening and riding horses. She developed an interest in estate auctions and antiques, maintaining a shop called The Columns Antiques in Opelousas, LA for over a decade, where she restored and resold precious antiques. More recently, in 2013 and at the age of 74, Bobbie starred alongside her son, “Ritch,” in King of the Grill, which was filmed in Texas and televised nationally on The Discovery Channel and Destination America and she considered this a major highlight of her life.

Throughout Bobbie’s life, she was extremely passionate about animals, plants, and rocks and shared these passions with her children and grandchildren. Her hobbies included sewing, ballet, horseback riding, hunting, and fishing. She rescued many dogs and cats, always making certain they had good homes. Since the early 60’s, she was a coveted member of and contributed to The Humane Society of the US.

Bobbie June had it all, she was a wife, mother, crowned beauty, TV star, hunter, fisher, skilled equestrian, avid gardener and much more. She was always positive and upbeat and found humor in most situations. Her hallmark was her radiant smile and sparkling blue eyes, which captivated all and warmed the hearts of many. She was a tower of strength and perseverance, a protector with a kind nature and generous with a loving spirit. Bobbie was an incredible matriarch and will be missed dearly by her family, friends and all that loved her.

Bobbie was preceded in death by her parents, Harry A. and Evelyn Moore, her brother, Courtney H. Moore and her grandson, Jason D. Horaist.

The family would like to extend their heartfelt appreciation to Bobbie’s caregiver, Dorothy “Dot” Sibille and to Hospice of Acadiana, along with the volunteers at Food with Love, Sewing Sisters and St. Pius Sewing Group.