To share your memory on the wall of Athena West Agosta , sign in using one of the following options:

She was born June 3, 1974 in Mountain View, CA to John and Betty West. With a loving spirit and a sweet soul, she adored her family and friends.
Her hobbies included listening to music, playing games, coloring, and jigsaw puzzles. She was called the “puzzle queen.”

Receive notifications about information and event scheduling for Athena

There are no events scheduled. You can still show your support by sending flowers directly to the family, or planting a memorial tree in memory of Athena June West Agosta .
Plant a Tree

We encourage you to share your most beloved memories of Athena here, so that the family and other loved ones can always see it. You can upload cherished photographs, or share your favorite stories, and can even comment on those shared by others.

Posted Dec 29, 2020 at 03:08pm
She was a very special person and friend we will truly miss her. From Linda and Yolanda Singleton
Comment Share
Share via:
AF

All our love, Hiebert & Koloini Families

Posted Dec 29, 2020 at 11:44am
We are so very sorry for your loss. Sending love and many prayers for peace and comfort during this time. 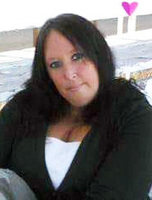