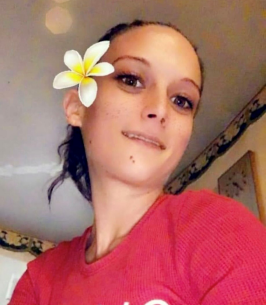 Family will receive friends for visitation 12:00pm until time of service at the funeral home.

Angie was born November 14, 1991, and passed from this life March 15, 2022, at the age of 30.
She is preceded in death by her father, Robert A. Smith; two grandfathers, two grandmothers; three uncles, and one special cousin, Mitchell W. Smith.