To share your memory on the wall of Angela Platt Brown, sign in using one of the following options:

Family will receive friends for visitation from 5:00pm until 8:00pm, Wednesday, April 7, 2021 at the church.
Angela was born February 21, 1973 and passed from this life April 5, 2021 at the age of 48.
She is preceded in death by her father, Jackie Wayne Platt; mother, Arlene Platt; granddaughter, Elyssa Hope Reynolds.

Receive notifications about information and event scheduling for Angela Platt

We encourage you to share your most beloved memories of Angela Platt here, so that the family and other loved ones can always see it. You can upload cherished photographs, or share your favorite stories, and can even comment on those shared by others.

Posted Apr 08, 2021 at 09:25am
On March 13th, Angela reached out to me and asked me to pray and stand with her. She was afraid, but completely trusted the Lord in her walk through this. We talked almost every day until March 25th. Her greatest blessing was her family. Please know that she loved you all very much. Angela was one of my first friends when I moved to Hebert and I had the honor of going to church with her at Bethany and she kept my daughters for me. I loved her contagious sense of humor and her love for life. She was so positive until the last day we talked. She is happy and rejoicing! I will and have been in constant prayer for your family. Look up and know she is safe in the arms of Jesus and know how much she loved all of you!
Comment Share
Share via:
JP

Posted Apr 07, 2021 at 08:44am
We are so very sorry for your loss. Our thoughts and prayers are with each of you.
Comment Share
Share via:
KC

Posted Apr 06, 2021 at 11:26pm
Angela has always been there when you needed her. Last August when me and her both thought Steven wasn't going to make out of the hospital, she would always call and check on me. We laughed and we cried. Most of all, she pulled me out of a dark place I was in and gave us both hope. I will always be thankful and grateful to her for that. I love you Angela.
Comment Share
Share via: 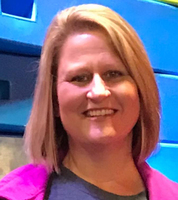