To share your memory on the wall of Alicia Talton, sign in using one of the following options:

Alicia was born August 17, 1968 in Sulphur, LA and passed from this life on June 9, 2021 in West Monroe, LA at the age of 52. She enjoyed dirt track racing, spending time with family, and fishing, especially with her grandson, Myles. Alicia also loved her cats, her music and the beach. She was a beautiful person inside and out who never met a stranger and was so full of life. She was a loving mother, daughter, grandmother and sister and will be greatly missed by all who knew and loved her.

She is preceded in death by her grandparents, Murphy and Virgie Walters, James and Fay Kimball.

Receive notifications about information and event scheduling for Alicia

We encourage you to share your most beloved memories of Alicia here, so that the family and other loved ones can always see it. You can upload cherished photographs, or share your favorite stories, and can even comment on those shared by others.

Posted Jun 14, 2021 at 12:12pm
We are so sorry for your loss and are praying for Alicia & all of your family through this difficult time. Hope to see you soon. Steve, Vic and Teri

3 trees were planted in the memory of Alicia Talton 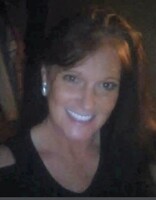